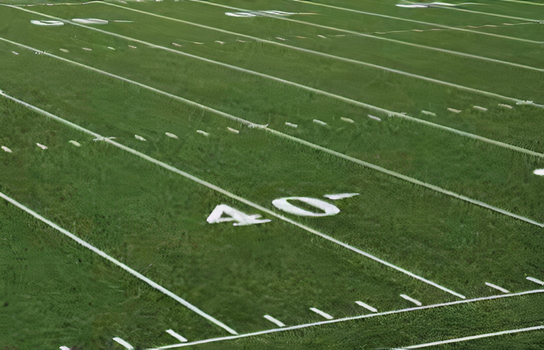 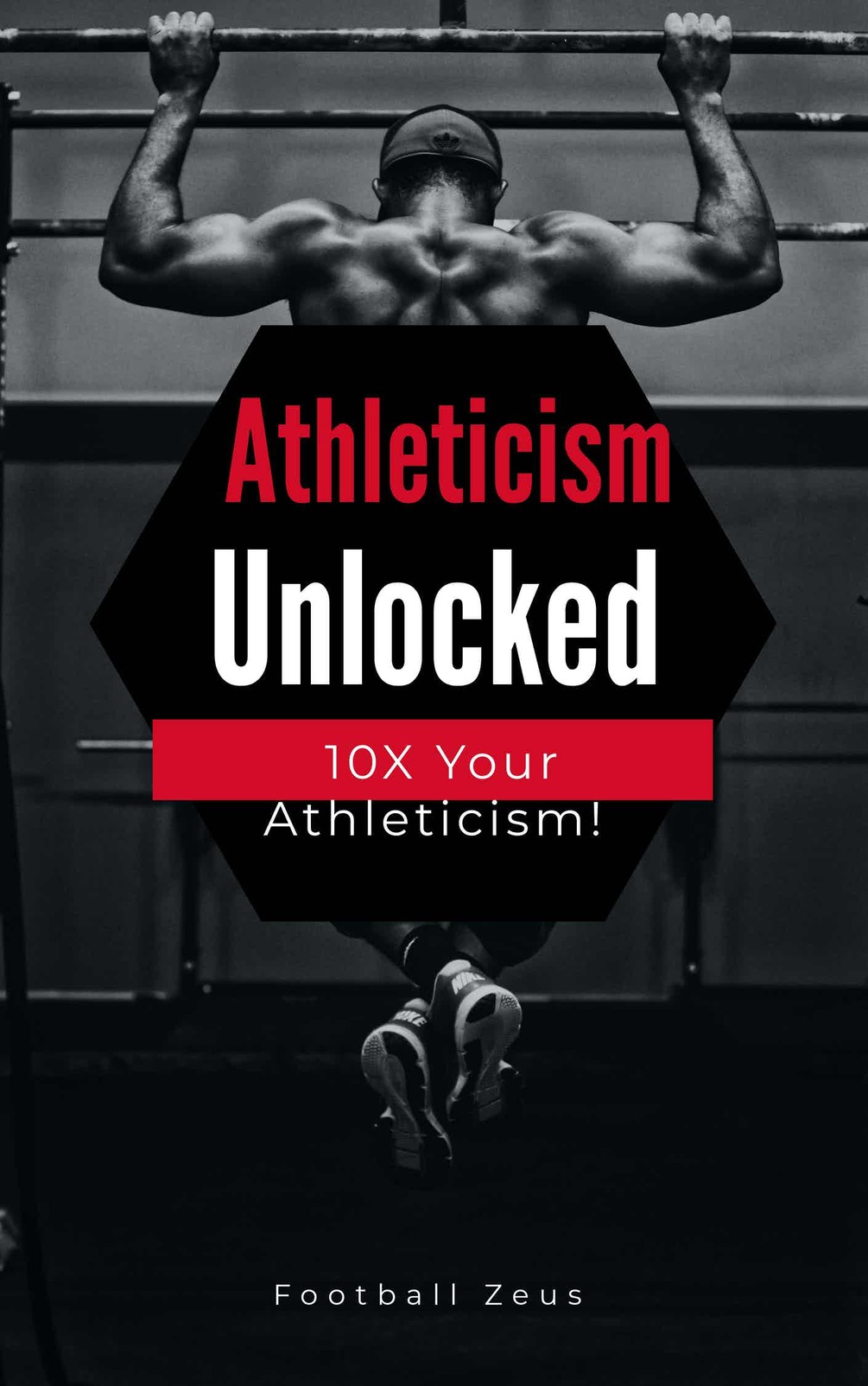 After using this product, you may become too athletic for your own good. ONLY CONTINUE if you are 100% SURE you want to be the best athlete on the field.

Who Athleticism Unlocked is For:

You want to be a "great athlete" that coaches notice, right?

The kind of athleticism that gets you INSTANT attention...

Respect from your teammates and other teams you're playing...

And you DON'T want to spend three hours a day in the gym...

If so, then this is the program for you...

The Athleticism Unlocked Program Has Been Designed to Help EVERYONE, From Beginners, to Intermediate Lifters, to Advanced Athletes, MAXIMIZE Their Natural Physical Potential!

Don't Even Think About Stepping in the Gym or on a Football Field Without Reading This Message:

From the Desk of Football Zeus

Did you know that the game of football is evolving to favor athletes?

Every young player entering the league is an insane athlete

They can play multiple positions

They all seem to be "mismatch nightmares"

When you have THESE SKILLS it tells coaches and recruiters:

You're an athlete that's going to be successful

You can help out the team in any way

Programs will benefit from having you on the team

You see, this is the prototypical athlete that has proved the most successful through the century long game of football.

So coaches want this

Every time I meet a guy who is this athletic, he tells me he has more offers than he can handle

What would you do if coaches were already counting on you to carry the team before you opened your mouth?

What would it feel like to be the best player on the gridiron?

What would it be like to have teams plan for you during film session?

Have coaches and players lose sleep, knowing they're going to have to play you?

And what if I said you can be that guy RIGHT NOW ... without living in the gym ... and without having to go on steroids?

Because I'm about to show you how you can get in THIS EXACT PHYSICAL SHAPE in 4 months or less guaranteed.

Why Being An "Athlete" is The Most Important Thing A Football Player Can Be:

Most guys think you can be a "regular, mediocre player that knows his position well," and do well in football.

You only need to know one position right?

Maybe two, but not more.

That'd be too hard.

If you want to be good in modern day football, you'd better be able to play the equivalent of the position across from you.

Wide receivers should be able to play DB...

But imagine being a player that can be all of them.

As I explained above, coaches love athletes.

They want guys that can play anywhere.

Just look at the New Orleans Saints Quarterback Taysom Hill. Any NFL fan should know who he is.

If you live under a rock, or just need a refresher, here it is:

He creates mismatches where you wouldn't expect them. He is the "athlete" talked about above.

If you know who he is, you saw how the coaches absolutely LOVE him, and if you don't, just google the name and see for yourself.

The point is, you want to be like him.

With a little hard work — pointed in the right direction — you can become JUST LIKE THIS.

And in far less time than you think!

It's all about what I call "Unlocking Your Athleticism."

How to Unlock Your Athleticism

Step 1) Get excited because you already have athleticism within you — ALL GUYS DO!

Step 2) Get a workout routine specifically designed to build muscle and speed.

Step 3) Get a diet that helps you gain muscle and keep off fat.

Step 5) Watch yourself become the best athlete on the field...

Why I'm Qualified to Help You Get Athletic

A few years ago I was so big you could've mistaken me for a McDonald's addict.

I was chubby fat; the worst kind of 'out of shape' you could possibly be in.

I got REALLY EXCITED when I started making progress in the gym...

I saw my triceps get bigger, chest get wider, and stomach get slimmer.

I saw my legs get bigger too, but I still was an average athlete.

So I did some research.

And I tested different workouts.

First I tried bodybuilding things, but that only got me bigger. Then I tried only explosive workouts, but I wasn't big enough.

Month by month, year by year, I slowly and PAINSTAKINGLY improved this program to become the absolute best athletic routine on the market.

I combined it with the most cutting edge dietary technology available today...

And I'm proud to possess the single best protocol to develop your athleticism — Athleticism Unlocked — in the fastest way possible.

I don't say this to brag ... it's actually kind of uncomfortable to write.

But on a topic as confusing as physique training, it's important you know your instructor is worth listening to.

I adjusted and tweaked the protocol countless times until I had a program that works for ALL ATHLETES, especially football players.

I put all my wisdom and experience into my book called...

This program has helped mediocre players ... benchwarmers... and even D1 athletes! ...

And all of them — ended up being a superior athlete to their competition.

The beautiful thing about Athleticism Unlocked is that it's fully customizable depending on your specific needs.

It will get you get athletic in the quickest, easiest way possible.

It is my personal guarantee that if you give this program your honest effort, you too can be one of the most dominant players on the field.

So if you're sick and tired of being weak...

If you're fed up with being slow..

And if you're ready — REALLY READY — to experience what it's like to be one of the best players on the football field...

Then Athleticism Unlocked is specifically for YOU!

Now that I've got you all fired up (and myself fired up, too)...

I want to tell you about a special promotion I'm running for this program.

Since you've read this far into the letter that tells me you're serious about getting the Athleticism Unlocked.

It tells me you're willing to put in the work...

And to keep the motivation of 'BEST PLAYER' in front of you.

Especially ones that actually WORK.

I've personally taken programs with not even 1/10th of this valuable information for upwards of $100.

But you're not going to pay $100 for "Athleticism Unlocked."

In fact, you won't even pay a fraction of that.

Since I'm eager to build my reputation as the "go-to guy" for becoming a better athlete...

And since I know you're going to send me a fist-pumping email once you achieve your athletic goals...

I'd like to extent to you a limited time, introductory offer of just $15.

Nope, your eyes didn't blur making you read that wrong.

I want you to have this book.

The benefit for me is the reputation I'm building by getting it into the hands of aspiring Greek gods like yourself.

Once everyone knows how awesome this program is, I'll raise the price.

If you're truly serious about becoming the kind of athlete coaches love and your opponents FEAR...

Then grab your copy of "Athleticism Unlocked" today.

Just click the I want this button below and you'll be taken inside.

There you'll get your own copy of this revolutionary training program.

And you can start becoming the player people fear NOW.

⚠️ Lastly, I Need to Give You A Sincere Word of WARNING...⚠️

YOU HAVE NO IDEA the kind of attention you're about to get from coaches.

They'll email you ... watch your film... give you cool college gear... and even give you scholarships!.

We all WANT that, don't we?

Imagine how good it will feel knowing that dozens of colleges want you to come play for them... and all you have to do is decide which one you're gonna go to.

Imagine how confident you'll get, as you look into your opponents eyes on Friday night under the lights, seeing him terrified of what you're going to do to him and his team.

Let me tell you from personal experience — it feels pretty damn good.

I'm not saying this to brag.

I'm saying it so you know what's possible, my friend.

Imagine how that would feel ... right now!

Vividly envision yourself being the best player on the gridiron...

Imagine scouts coming up to you after the game, asking for your information.

Imagine what it will feel like to have the crowd chant your name as you make a game changing play.

Vividly envision yourself lining up, whatever position you might be in, knowing full well the opposing team has prepped for you all week, only to have you make a play regardless.

Athletes are the future of football.

Especially athletes who are so physically perfect, they're like a real life superhero. The kind of athlete in "Athleticism Unlocked"

So your time has come...

It's time to FINALLY be the best athlete on the field.

Your new body is just on the other side of saying yes right now.

So click the "I Want This" button and launch yourself down the path of gridiron glory.

I'm telling you ... it's all about getting athletic.

Once you have that, you'll be blown away by what it will do for football life.

I'll see you inside!

See it in your library

View in Library
Sorry, this item is not available in your location.
Sold out, please go back and pick another option.
1
5.0

Your purchase was successful!

We charged your card and sent you a receipt

Thank you for purchasing this product. You have just taken the first step to a successful future in football. Good luck.
- Football Zeus

Good news! Since you already have a Gumroad account, it's also been added to your library.